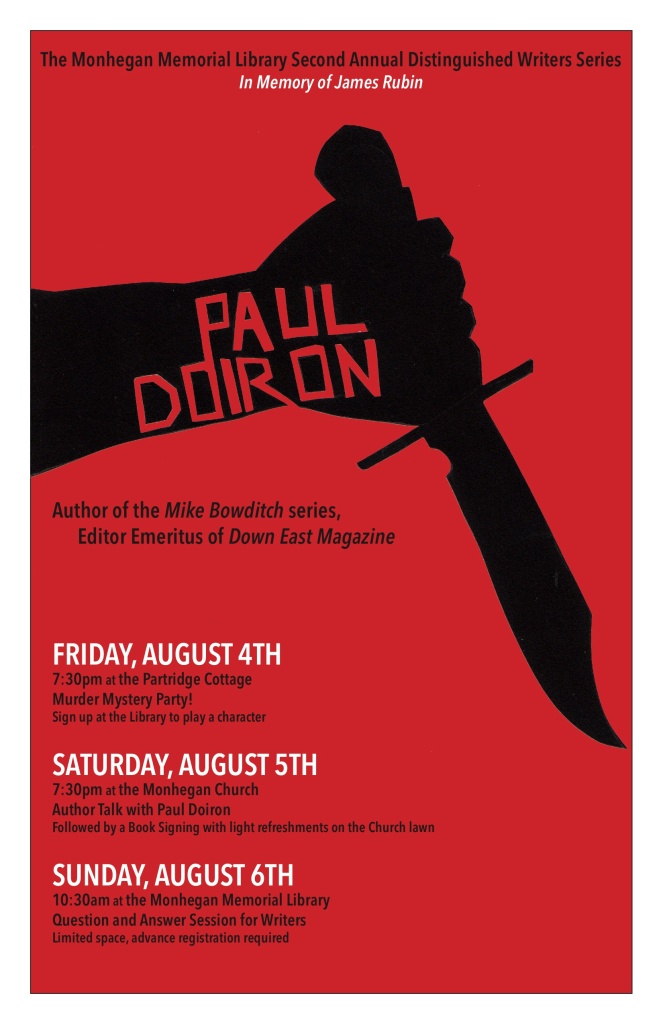 Paul Doiron is a Camden writer and the author of the Mike Bowditch of crime novels. The first book of the series, “The Poacher’s Son,” was nominated for an Edgar Award and called “an adventure worthy of its magnificent Maine setting.” (Julia Spencer-Fleming). Often praised for his sense of place, Mr. Doiron is active in the Maine outdoors scene that his novels draw from, working as a Registered Maine Guide specializing in fly-fishing. He is also an editor emeritus of Down East Magazine, having served as Editor in Chief from 2005 to 2013.

Paul Doiron’s visit will be the second program in the MML Distinguished Writers Series, established last summer. We are pleased to announce that this year’s event is in memory of James Rubin.

The Monhegan Memorial Library is a 501(c)(3) organization and your donations are tax deductible.