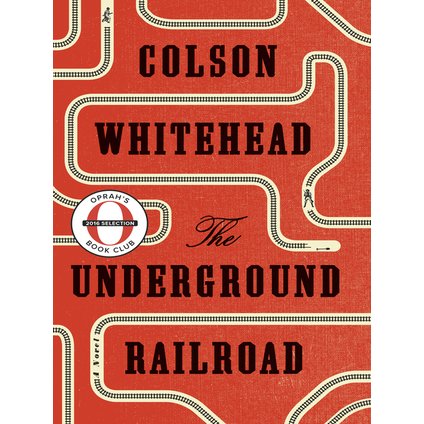 Have in the Library? Yes

The Underground Railroad by Colson Whitehead is an exploration into the history of bondage, racial violence, and the journey to “freedom”, told through the eyes of Cora, an enslaved woman. Whitehead tells the story of Cora’s escape using history and story telling through a non-linear and surreal narrative.  The story moves from the slave holds on the coast of Africa, to a plantation in the South, and through several portals on the “Railroad” as Cora searches for freedom. Coleson’s account does not diminish the pain and violence of slavery and I appreciate Whitehead’s use of other interrelated pieces of African American history and the history of American racial violence. For example, one of Cora’s stops on the “Underground Railroad” on her way to “freedom” exposes her to the cruel medical experimentation performed on black men and women in the South. Cora originally believes this stop on the Railroad to be a life of freedom, but slowly realizes it is another form of enslavement, and so she continues her journey and travels further North. Cora loves, and is also torn from, figures such as her grandmother, Ajarry, and Ceasar, the man who entreats her to escape. Whitehead is a talented writer. Ajarry, Ceasar, and Cora are fully human and powerful – as much as they are trapped within a system of exchange and violence. “Cora’s grandmother was sold a few times on the trek to the fort, passed between the slavers for cowrie shells and glass beads. It was hard to say how much they paid for her in Ouidah as she was part of a bulk purchase, eighty-eight human souls for sixty crates of rum and gunpowder..”

The Underground Railroad is an important book which contributed to my understanding of the legacy of American slavery.